Are you ready for a creepy journey? If you are, fasten your seat belt and I'll hit the gas!

On our way to Salvation Mountain (when I still believed we were going to Area 51 instead), we stopped at Bombay Beach, a place David was curious to check out. According to Wikipedia, it's a census-designated place located on the east shore of the Salton Sea in Imperial Country, with a population of only 295.

As soon as we got there, I felt as if I had been taken to a David Lynch movie. The time stopped and once we parked the truck, the only thing we could hear was the mild hot wind and an occasional bird in the distance. Why was this place creepy? You see, there are a lot of destroyed houses right next to little old houses that are still inhabited which makes the scenery even more fascinating. 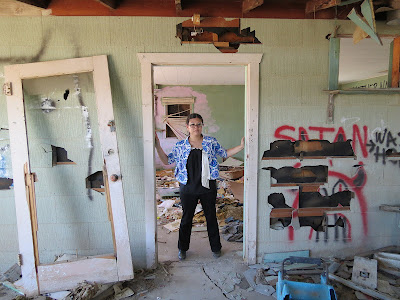 We only got inside one abandoned house because we felt like intruders. And to be quite honest, there were pretty weird (witchcraft-y) stuff all over the place. 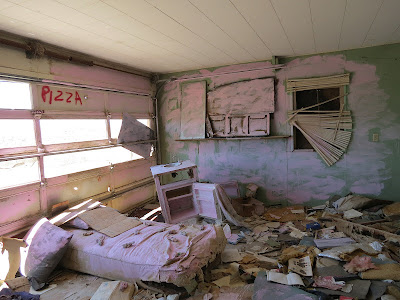 Do you see the tiny toy bunnies on the mattress? 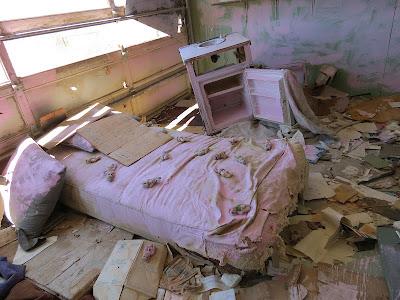 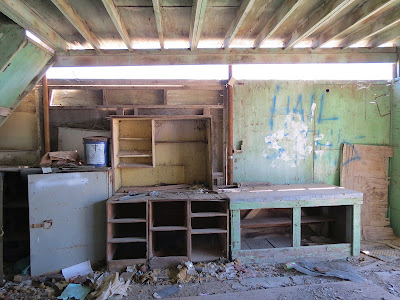 Some house were completely torn apart. 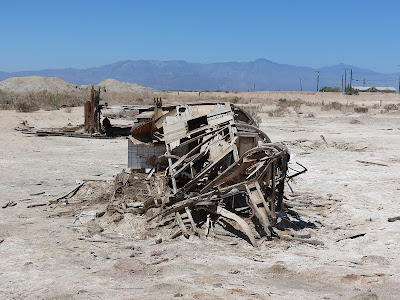 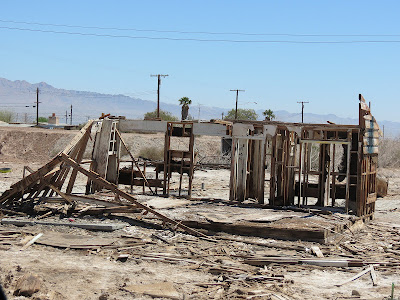 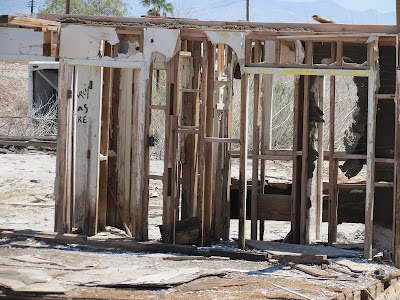 Closer to the shore, the scenery was just as gloomy; the dirt cracked and my heels sank into it as I walked and we kept encountering dead tilapias, the only kind of fish which can survive in such salty environment. 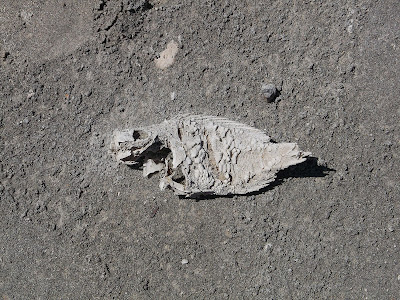 Oh, and I forgot to mention the water there is red! 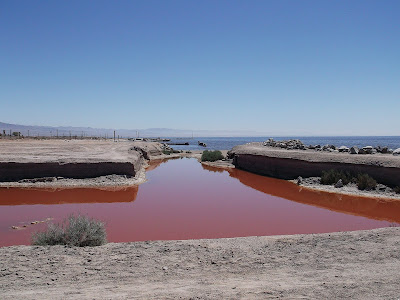 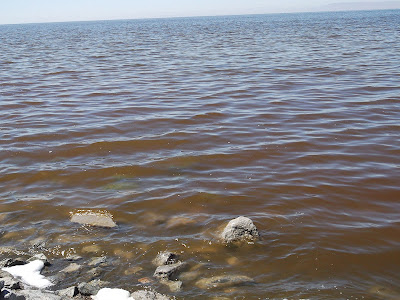 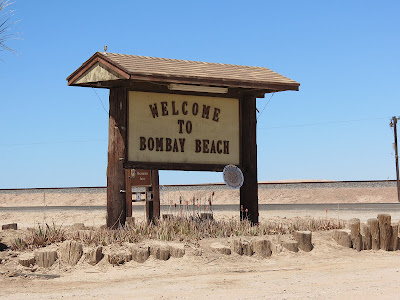 Anyway, if you ever decide to go to Salvation Mountain, I think you should pay Bombay Beach a visit. And Slab City and Salton Sea, too! They're all right there. We took a few photos in these 2 locations, but Lisa's are way better, so hop on over to check her post ;). I recommend visiting Salton Sea in the morning; when we first drove by it, the water was amazingly still creating a stunning mirror effect. When we stopped to take photos later that day, there were waves and the water did no longer look as breathtaking. 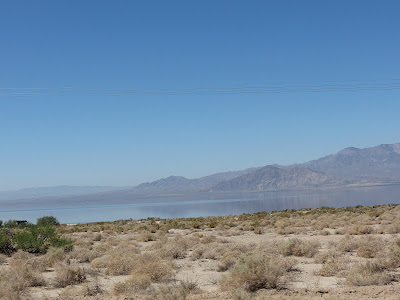 Hope you all have a great day! ;D

wow that place is very creepy!!!

were the bunnies real? :( red water... what a trip! would make me feel like i was looking at a sea of blood. total creepers!! x

Those bunnies would have given me the heebie jeebies! haha
Creepy place but also fascinating!

wow it's so surreal the photos, the photos looks beautiful!

I have been wanting to go to the Salton Sea and Salvation Mountain for so long! The bed cover in bunnies is so creepy!!..but kinda cute in a weird way.

I would love to visit Bombay beach! I like creepy places. :) Thank you for posting the pictures, Miki!

That is definitely the kind of place I'd love to visit. So creepy!

What a strange place indeed!
It must have been interesting to visit it, huh?

That place is such a trip! You were super brave to venture in the homes, I was being such a scaredy cat :) I totally agree, the water was super pretty and surreal in the morning & night but during the day it went right along with the depressing surroundings. You should try to get your hands on the John Water's doc Plagues and Pleasures of the Salton Sea!