So it was my birthday

On Tuesday. I don't really care about my birthday; actually, I think I kind of loathe it. Not because it means turning a year older, but because I suck at being the center of attention. I don't like saying the same things over and over, replying the comments on facebook and it makes me very uncomfortable to get presents. But in spite of what I've just said, it was a good one :). I had dinner with my in-laws and I even got presents.

David really surprised me with a Diana F+! :D I have no idea how the man thought of it; I don't recall ever saying a word about this camera! 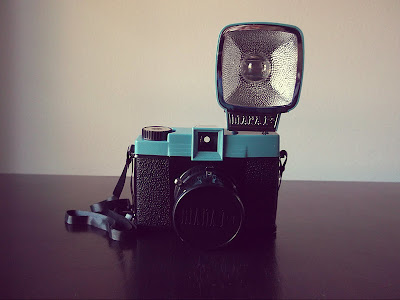 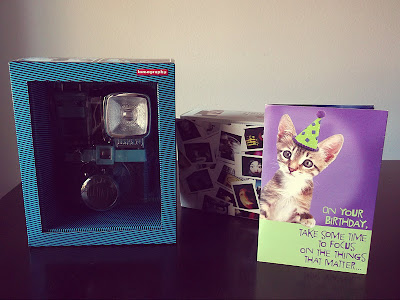 And not just that, he also bought the Instant Back and 2 cartridges! How did he know?! 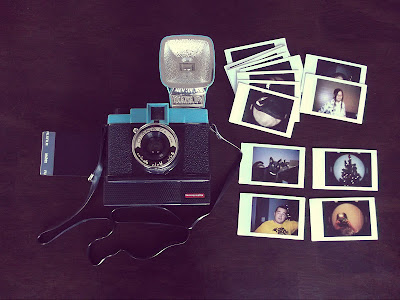 So we took all the instant photos already, haha; and blew some :/. But the ones that came out good look neat! :P Can't wait to get some 120mm film to start playing with the regular Diana .
Aaand he also gave me the best card ever! Look!

I also got this awesome coat from my brother-in-law's family and cash from my parents-in-law, which I think I'll spend on a new journal. 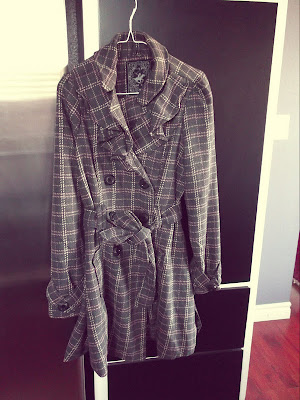 Last but certainly not least, I got a "card" from my friend Corina today. It's a puzzle card! How cool is that?! :P 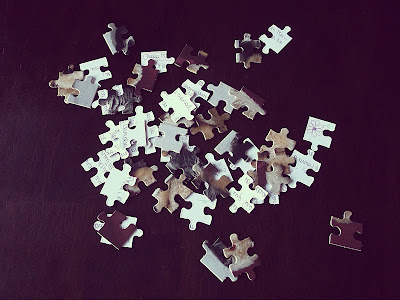 It took me longer than I'd like to admit to put the pieces together, hehe. 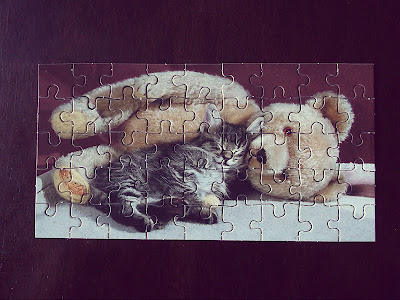 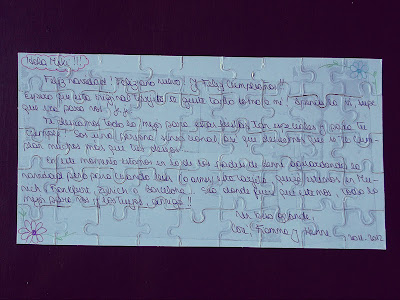 I'm really lucky to be surrounded by such generous friends and family :D
Hope you have a happy day, folks! ;D
Posted by Miki at 5:12 AM

Labels: about me, photography

Happy happy birthday to you! Looks like it was a great one! :)

Happy belated birthday to you :) It looks like you had a pretty wonderful bday. Brownie points to David for picking out such a spot on gift for you! I LOVE the birthday card. When I have a card with singing cats it REALLY pisses off my cats. Not gonna lie...I find it hilarious. That puzzle idea is the neatest thing I've ever seen. You are one lucky lady to have such love surrounding you :)

HAPPY BIRTHDAY Miki!
I wish u all the best, health and happiness!

Why Girls Are Weird said...

Happy birthday to you!

aaah, your David is so sweet.

happy belated birthday! may your wishes and dreams come true.

happy birthday!!! i hope you had a great one!

It looks like you got so many amazing things, I love that puzzle.

That camera! I had no idea you could put an intant back on it! So fun!
That card is such a cute idea too!
Happy Birthday!

Hey Miki!
I'm so glad to know you've spent such a nice day and got those presents.
It really makes me happy to know you like the puzzle card that much :D
All the best for every day of your life... you just deserve it!

Happy belated birthday Miki! I've been so behind on blog reading. I hope it was a great day and that you've been celebrating all week!