These days I haven’t been working much which has given me enough time to browse through lots of different blogs. I’ve realized that people who are at the bottom of the world (like me), are not aware of many things-dash-people that are apparently super awesome and popular up there. Yep, I think I’ve randomly ended up in blogs mostly from the US, the UK and other European countries, more than likely due to the fact that you (if you’re from any of the above listed) or they (if you’re below the Equator, like me) are better or more popular bloggers.

* I’ve met (through pictures, not in person; I’m not that cool, obviously) characters such as:
Alexa Chung. Cute girl; I like her style. Just wondering, is she the new Zooey Deschanel? 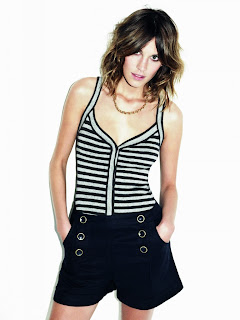 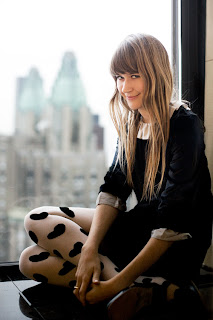 * I noticed that there are lots of brands we don’t have down here that seem to be huge in their home countries, such as Steve Madden, Forever 21, Top Shop, H&M.


* I finally discovered the name of the program (or website) which lets you jumble up your favorite outfit; that’s Polyvore, I’m sure you’d all heard about it before I did. I created an account, but gave up on it 2 minutes after I got it because I couldn’t find any of my favorite independent designers, haha.


* Most of the blogs I’ve read and (usually read) are in English, so I’ve picked up lots of cool words, which, to my surprise, were repeatedly used by different bloggers: pet peeve, oblivion (this is a cool one!), touché (still not sure I can get its proper usage) … Damn it! I should’ve written them down.


* The suffix “_ish” is highly used (italicized because I’m not sure it fits the category of suffix in this case. I don’t want to bore you, but in words such as “Finnish”, “Spanish”, it is indeed a suffix). But truth to be told, I’d learnt this before thanks to David, hehe. (Addressing non-native speakers of English now) You can even use it to refer to the time! For example, “Nine-ish” would be “some time a little earlier or after 9”. I don’t think we have an equivalent in Spanish.

* I’ve never been good at spelling onomatopoeia in English, but “eek” and “whoa” will remain fresh in my mind for a while. They sound cute, but I can not picture myself saying them aloud. As a non-native speaker of English there are certain words I feel super shy saying: “hepatitis”, “hiatus” to name a couple.

Oh, what a piece of shit post! Haha! I feel as if I’d been thinking aloud the whole time, sorry. This wouldn’t have happened if I’d been having a face to face conversation; I don’t talk this much.


Oops! I'd forgotten to name the source of the pictures!
Both found here.﻿
Posted by Miki at 11:58 AM

tehe i normally use the same words when I comment :3 i think its cool how other blogs r inspiring ^^ tehe i though it was a good post ^^

Well, when you want to blog, blog about blogging. ;-)You make think it a "shit post" but I thought it was well thought out and down right funny!
I look forward to more of your stuff.
peace...Naila Moon

This is so clever! It's funny how the blog world works sometimes.